So Mayor Roach has announced that he is running for re-election. I will and can say that he is not for all the people only some of the people and many of you especially our Read More

I have spent my 30 years as a Law Enforcement Professional, and I am also a childhood friend of Kenneth Chamberlain Jr. I heard the news straight from Kenneth’s mouth Read More

Most Americans inherently placed their trust in the police and the judicial system which encompasses them.  Loss of that trust could create civil unrest and chaos which Read More

Real Talk 101: I send LOVE and THANKS to all of the Vets of all races that have protected this country. I send a special sentiment of Support & Prayers to all the ones Read More 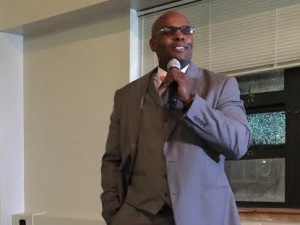 Since the killing of my father Kenneth Chamberlain Sr. law enforcement has consistently tried to imply that my father posed an imminent threat to life and well-being and that Read More