Yonkers Mayor Mike Spano put an end to a year-long speculation that he was running for Westchester top seat, County Executive in an exclusive phone interview with The Journal Read More 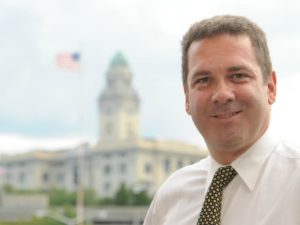 Yonkers – Mayor Spano announced Friday, that he is calling on the Yonkers Board of Education Trustees to consider suspending any and all contract negotiations with the Read More

Yonkers Mayor Mike Spano sat down with Fios1 News’ Richard Brodsky Thursday, the day after his delivered the State of The City Address and discussed his wife, CBS news Read More