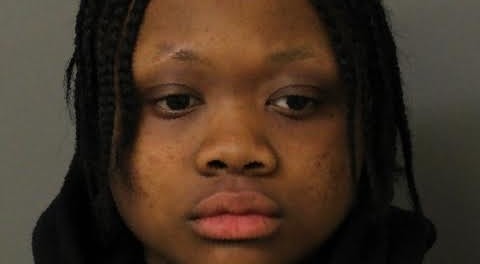 Thompson had previously shot a victim in a domestic violence related incident in Yonkers in April of 2015. She was one of two girls who were playing with a gun inside a Chester Street apartment. The gun accidentally discharged and struck the victim in the stomach. Thompson was arrested and charged with second-degree criminal possession of a weapon and second-degree assault and plead guilty on September of 2015. The injured teen was treated at Jacobi Medical Center for non-life threatening injuries and is listed in stable condition.

Shortly after 4:30 o’clock p.m., this past Wednesday, members of the Mount Vernon Police Department conducted a motor vehicle stop at 215 West First St. Upon approaching the vehicle officers observed Thompson remove a handgun from her waist and attempt to secrete it under a seat in the vehicle. The weapon, a .40 caliber Smith & Wesson was loaded with fourteen (14) rounds of ammunition.

Omaiah Thompson, of 82 Chester Pl. in Yonkers was charged with 2nd Degree Criminal Possession of a Weapon in this incident. She was arraigned in Mount Vernon City Court and remanded to the Westchester County Jail. She was currently awaiting sentencing. There were others in the car that were not charged with any crime.

Commissioner Robert ‘Bob’ Kelly stated, “An illegal gun in anyone’s hand is a recipe for a disaster. An illegal gun in the hands of a teenager, no less for a second time, is evidence of multiple failures across a number of social systems.

“New York State has one of the toughest gun laws in the country,” Blacks In Law Enforcement NY Rep Damon K. Jones tells BW. “The question we have to ask is why was she out and able to obtain another illegal gun. The system is broken somewhere for a young teenage female to get two illegal guns in an eight month period.”