Mount Vernon – Winter Storm Jonas continues to expand its wintry footprint across parts southern and eastern United States. As the storm unfolds, BW continues to track the latest developments. The south side of Mount Vernon begins to gets blanketed with snow in the wee hours on the morning, Saturday as the region gets hit with its first winter storm of the season. The storm started just before midnight. the snow was light at first but began to pick up in intensity between 2 a.m. to at least 5 a.m. 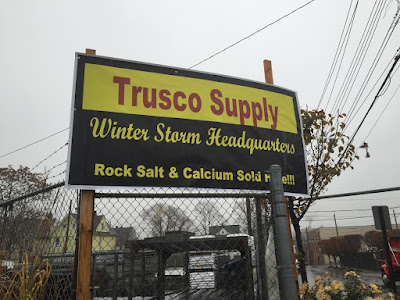 There is so much more to come over the next 24-36 hours, and it hasn’t even begun to get bad yet. Blizzard warning in effect for parts of the North East through Sunday morning. The blizzard part of the storm doesn’t really referring to the snow accumulation, but the blistering wind. At 3:35 a.m., the winds has already begun to blow through the south side of Mount Vernon. While there will be less snow in the Lower Hudson Valley as the storm makes its way north, the weather service issued a winter storm warning for southern Westchester, where snow accumulation of 6 to 12 inches is expected. Winds will be 15 to 25 mph with gusts of up to 35 mph.

Southern Westchester also has a coastal flood warning on Saturday from 10 a.m. to 2 p.m., and another from 9 p.m. Saturday to 1 a.m. Sunday morning.

The NWS also issued a winter storm warning on Friday for Rockland and northern Westchester. Snow accumulation of 4 to 8 inches is expected, and winds will be 10 to 20 mph, with wind gusts reaching up to 35 mph.

A winter storm watch was also issued for Putnam, where snow accumulation of 2 to 4 inches is possible. Winds will be 10 to 20 mph, with gusts reaching up to 25 mph.

In Mount Vernon if you are still in need, Trusco Building Supplies and Garden Center (47 Grove St) has plenty of salt and snow shovels for sale. They will be opening at 7 a.m. Saturday morning and closing around 12 noon, so get there early.

If you must go out, please bundle up, but if you do not need to be out, BW suggest you stay in the house and off the roads, cause baby it’s cold outside. Just 5-7 minutes and even with gloves you might start to lose the feeling in your fingers.

Remember the Fleetwood Garage is open to the public to park their cars free of charge during the snow emergency and the Armory, Benjamin Turner School, Doles Center and Montefiore will be open and available as warming center sites and shelters for those who must escape the weather. At 4:02 a.m. the temperature reads 26 degrees but it feel more like four, with the wind.

Westchester County send us pictures of the winter storm in your area to BlackWestchester.com and make sure to let us know what city you are in so we can post them throughout the day!

Since your may be stuck in the house, this is a great time to catch up on what you may have missed in Black Westchester Magazine. Now someone pass me the hot chocolate!