Memorial Field, Mount Vernon — After chilling at the Kela Tennis Labor Day Gathering at the Mount Vernon Tennis Center (431 Garden Ave), I decided to walk over and take Read More

Two weeks ago, I wrote this letter (below) to Mount Vernon’s Mayor, City Comptroller and City Council President requesting a meeting to discuss plans for Read More

Mount Vernon — Councilman André Wallace announced he predicts Memorial Field will be open for the Summer of 2017, Sunday night on the People Before Politics Show. The Read More 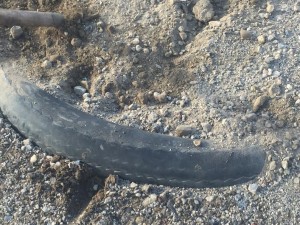 Mount Vernon – Just when you thought it was safe, the madness was over, the city officials were going to work together for a smooth transition, now that the election Read More

Check out an interview with Jamie Pessin, Mount Vernon’s own by Janelle Allbritton. Pessin is leading the community-based, city hall-supported effort to build a skate Read More

The silly season (the time when politicians campaign) has begun and one of the main taking points has been Memorial Field. Last weekend after the Memorial Day Parade, there Read More