In 1688 the Huguenots from the city of La Rochelle in France fleeing from religious persecution settled in the area that influenced the choice of the name New Rochelle. During the 1930’s New Rochelle was the wealthiest city per capita in New York State and the third wealthiest in the United States. In 2020 it had a population of 79,726 making it the 7th largest city in the State of New York. The demographics are approximately 60 % White, 19 % Black, 17 % Hispanic and 4 % Asian.

The Mayor is Noam Bramson since 2006 and has been re-elected three times by landslide margins. He was educated like this writer in The Cradle of Intellectual America and is married with 2 children. The word on the street is that Mayor Bramson has consistently proven himself as a progressive and visionary leader with the interest of his citizenry first and foremost. One of the city council members is Yadira Ramos-Herbert of District 3 who is a lawyer and Assistant Dean of Students at Columbia Law School.

New Rochelle High School is the city’s only public high school located at 265 Clove Rd with grades 9-12 and approximately 3,260 students. The principal is Dr. Dagoberto Artiles and the Athletic Director is Steve Young.  The Huguenots captured state football championships in 2003, 2012, 2019 and runner-up in other years. The following are a short list of players instrumental in establishing the Huguenots as a powerhouse:

Keep in mind that football is a team sport and because of space constraints many outstanding players are not listed.

*Get this: Fred Campbell listed above along with eight others were the First All-Black Team to Summit Mount Everest on May 12, 2022.

Rasaun “Crabby” Young is the Boys Varsity Basketball Coach. He is a legendary New Rochelle basketball player and a dedicated professional in giving back to the community that nurtured him. In his own words:

“Make no mistake; given the opportunity, I will, as Varsity Head Coach, lead the program to many, many wins, on the basketball court. But, I will also do everything humanly possible to ensure that the young people who enter and leave our program will make our program, our school and our community proud.”

Rasaun “Crabby” Young also serves as the Director of the basketball program at Camp Shape Academy. Camp Shape is a community sports camp run in collaboration with the New Rochelle School District and Backyard Sports https://byardsportscares.org/campshape/

The Director of Camp Shape is Danny Bernstein who works in tandem with Coach Young offering a comprehensive sports experience including expert instruction, outstanding staff of coaching mentors and a diverse social experience. No child is denied an opportunity to participate due to financial challenges. Coach Young offers coaching positions to members of his varsity basketball team an opportunity to serve as mentors to the next generation of New Rochelle basketball.

The following are a few notable New Rochelle basketball players:

The New Rochelle Basketball Association (NRBA) is a non-profit organization founded by Attorneys Pat Vaccaro and Andy Peterson of the Jackson Lewis law firm. Its motto is “Helping Kids Succeed” through organized basketball. Pat Vaccaro can be reached for information and donations by Email  pvaccaro261@gmail.com

My connection to New Rochelle is a residence on The Court. It was a very quiet and upscale neighborhood.  Back in the day, during the summers I had a spacious room all to myself on the top floor. If any reader remembers a tall handsome young man jogging in this area it was this writer. Today, I am a basketball cognoscente, trial lawyer and social activist who authored the posting of All Lives Matter: Black, White and Blue at link   https://blackwestchester.com/all-lives-matter/  and Mount Vernon, New York https://blackwestchester.com/mount-vernon-ny/  in the Black Westchester Magazine. The editor, AJ Woodson has written an outstanding book: Black Westchester – The Original Story. It can be purchased on Amazon or directly at MrAJWoodson@gmail.com

Did you know that Kent Washington, a 1973 starting guard and star at New Rochelle High School was the first American to play professional basketball behind the Iron Curtain in Poland from 1979- 83. In high school he was All-Conference and All-Westchester County. An alum of Southhampton College, now Stony Brook Southhampton he scored 1,082 career points. Kent was inducted into the Westchester Sports Hall of Fame in 2021. Standing only 5’ 8” tells you he must have been quite a player and person. Kent’s book, Kentomania, A Black Basketball Virtuoso in Communist Poland can be purchased on Amazon. It sets out his experiences and is inspirational. 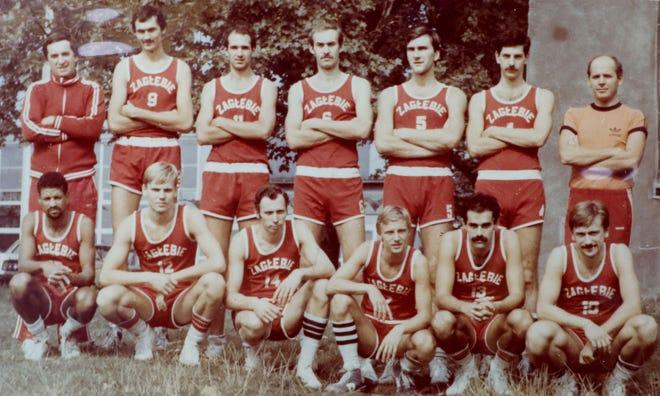 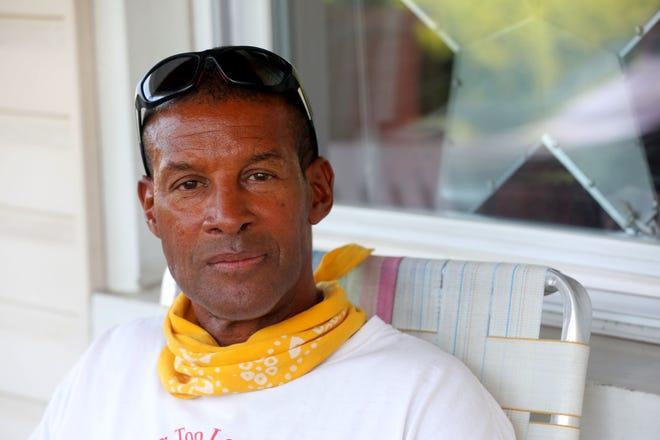 Since the past is a window to the future many notable people are from New Rochelle or       have a strong connection, such as:

For those of you seeking a college education you do not have to look very far. Iona College is located at 725 North Ave in New Rochelle. It has a very good academic and athletic reputation. Hall of Fame Coach, Rick Pitino heads the basketball team with very capable assistant coaches: Ricky Johns, Tom Abatemarco and Taliek Brown. Jason Martinez recently joined the Strength & Conditioning staff. The Gaels posted a 25-8 record in 2021-22 season. The 2022-23 basketball season tickets are on sale right now. The following are former NBA players from Iona College: Richie Guerin, Jeff Ruland, Steve Burtt, Sean Green, Scott Machado and Bob Santini. I believe with Rick Pitino and staff more players with have the opportunity.

Congressman Jamaal Bowman represents New York’s 16th District which includes the northern Bronx, Yonkers, New Rochelle and Mount Vernon. He holds a doctorate in education from Manhattanville College. Bowman is a transformative progressive legislator with policies that will improve the lives all people. He is dedicated to economic and racial justice and the importance of investing in communities of color. To learn more about Congressman Bowman he can be reached at https://bowman.house.gov/

James A. Johnson is an accomplished trial lawyer, basketball cognoscente, historian and social activist. He is an active member of the Massachusetts, Michigan, Texas and Federal Court Bars. Jim concentrates on serious Personal Injury, Sports and Entertainment Law, Insurance Coverage and Federal Criminal Defense. He can be reached at www.JamesAJohnsonEsq.com