AJ Woodson is the Editor-In-Chief of Black Westchester and Co-Owner of Urban Soul Media Group, the parent company. AJ is a Father, Author, Writer, Rapper, Radio Personality, Hip-Hop Historian and A Freelance Journalist whose byline has appeared in several print publications and online sites including The Source, Vibe, the Village Voice, Upscale, Sonicnet.com, Launch.com, Rolling Out Newspaper, Spiritual Minded Magazine and several others. You can also hear AJ every Tuesday morning on The Bob Marrone show on WVOX 1460 AM
Contact: WebsiteFacebookTwitter

Attention parents and guardians residing in the Bronx or Westchester County.  The Charter School of Educational Excellence (CSEE) has open seats for students, in grades Read More

The editors of Black Westchester: I am writing with distress and disappointment in my school district, Yorktown Central School District, and an inexcusable keynote speech Read More

Imagine my dismay when I came across New York Daily News article about Mina Malik. After reading the article I said to myself, this is exactly why Mina Malik is the best Read More

Winter Storm Warning issued January 18 at 3:19PM EST until January 20 at 6:00PM EST by NWS New York City – Upton So you made it through the dusting of snow with ease Read More

To the Editor: As a 20-year resident of Westchester County, I have seen our politicians come and go, and rise and fall, without being overcome by a sense of dread and Read More 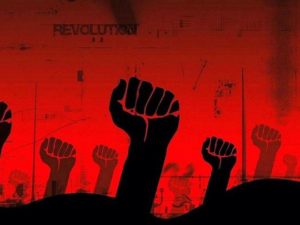 The country has been through an intense racial divide over the past week. The two police shootings of African-American men in Minnesota and Louisiana have once again prompted Read More